In a town like Burro Hills, you either figure out who you are or die trying.

Seventeen-year-old Jack has lived in the troubled California town his entire life. He hides the truth about his sexuality from everyone, including his best friend Jess and his childhood rival and drug dealing partner, Toby. Keeping your head down, Jack knows, is the best way to survive.

But when Connor, a fearless new arrival, enrolls at school, he sees right through Jack’s façade. Jack finds himself falling for Connor, and the feeling is mutual―but their relationship will set into motion a series of events with lasting consequences. After a falling out with Jess, Jack is worried to see her growing close to the manipulative Toby. To make matters worse, Jack is becoming increasingly paranoid that Toby will expose his relationship with Connor.

As tensions rise and more secrets come to a head, Jack cuts off ties with Toby. Hungry for revenge, Toby comes after Jack, jeopardizing his budding romance with Connor and the life he’s tried so hard to salvage in Burro Hills. 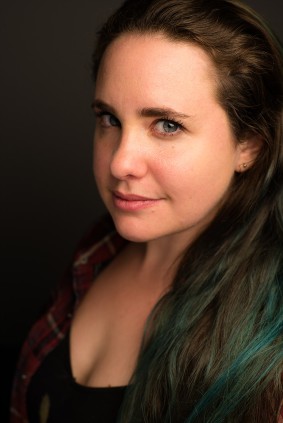 What inspired you to write Burro Hills?

I think it started with this really vivid, dreamlike idea for a place in Southern California, and these two characters that were really striking in my mind, and the story sort of evolved from there. There was also a prologue that ended up getting cut from the final manuscript that I really loved, and it encapsulated a lot of the themes and moods that ended up in the story.
Did you read much as a child and if so what were some of your childhood favourites?
I was constantly reading as a kid! I think I read everything and anything I could get my hands on, but some of my favorites included Julie of the Wolves, The Giver, Coraline, Harry Potter, Holes, and picture books like Stellaluna, Sheep In a Jeepand If You Give a Mouse a Cookie. As a teen I tore through the Gossip Girl series and anything by Laurie Halse Anderson, including Speak, Catalyst and Prom.
Is there one book you wish you’d written?
Honestly probably Speak by Laurie Halse Anderson. That book has influenced my voice and style so much.
Do you ever feel any pressure when writing?
Yes, absolutely. But I mainly put the pressure on myself. I always want to be better, to write stronger characters, stronger scenes, more impactful stories. It can make it hard for me to just free write sometimes, because I tend to go back and nitpick and edit what I just wrote.
Who was your favourite character in Burro Hills?
Oh wow, that’s hard! Probably Jack, my main character. I love him so much, and so many of his emotional experiences were loosely based on things I went through as a teenager. In a way, he’s like the teen boy version of me.
Did you have to edit bits out of Burro Hills and were their any bits you wished you’d kept?
Ahh, yes! You have to kill your darlings sometimes. Originally Burro Hills was a dual-POV book, but my agent and I decided that Jack’s voice was stronger and his story overall was the more compelling of the two, so we cut it down to just one POV. The other POV was Jess, so we lost a lot of great material and storylines from her perspective, but I did end up rewriting some of it back in when I could. I also cut my prologue, which I love to this day, but it wasn’t serving the story, so it needed to go.
Off the top of your head, what 2018 books would you recommend?
I’ve finished ARCs of two 2018 debuts so far, and both of them are incredibly good: Nothing Left to Burn by Heather Ezell and People Like Us by Dana Mele. Trust me, these books are going to be big. I’m also honestly so excited for all of the 2018 debuts, because the Electric Eighteen community has been so supportive and amazing, and everyone is just brimming with talent.
When did you first know you wanted to become a writer?
I think I always knew. In first grade, they had us write and illustrate our own blank books, and it was the most exciting thing in the world to me. I was always writing stories, poems, essays, anything and everything whenever I could. This is kind of embarrassing, but when I was thirteen I wrote a petition to Disney Channel demanding they release an uncensored version of Boy Meets World, and it was actually pretty good!
Is there anything you want people to gain from reading Burro Hills ?
I wanted to write a book that felt like real life, that captured the rougher side of the teen experience. If my book speaks to anyone or helps them get through tough times, that would be absolutely amazing.
You can find Julia on:
Twitter: @julialynnrubin
Instagram: https://www.instagram.com/swissbeauty/
Website: https://www.julialynnrubin.com/  Goodreads:https://www.goodreads.com/author/show/17071577.Julia_Lynn_Rubin …